The image within The Sound Archivist emblem is the contemporary ruins of the Ahmeek Stamp Mill. The mill itself was part of the larger industrial landscape of Michigan’s Copper Country which, at its height in the early 20th century, was the world’s largest producer of copper ore. This region has the largest known deposit of native copper in the world and its heritage and national significance was recognized through the formation of the Keweenaw National Historical Park.

The Ahmeek Stamp Mill opened around 1910 in Tamarack City, only a mile from my childhood home, to process copper. For 57 years, the sound of its eventual 8 Nordberg compound steam stamps thundered through town at all hours of the day–it’s thrum the literal heartbeat of industry in our town. I’ve been told that every minute each head slammed down 106 times. In 24 hours, the 8 heads could process 4,800 tons of rock.

Relatives of mine who grew up when the mill was operating have said that when they left to go to summer camp, they couldn’t sleep for the first week because of how quiet it was away from the mill. When they returned to town at the end of summer, there was a fine layer of dust on everything in the house and they again had troubles sleeping. 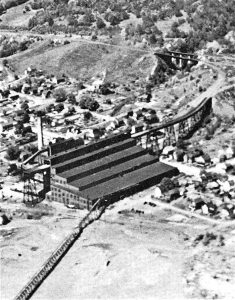 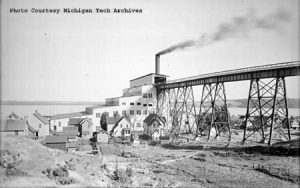 The stamp mills were the pulse of the copper empire. When the mines closed their doors and the stamps fell silent in 1967, all other industries in town began evaporating.

The Ahmeek Stamp Mill was later partially demolished for scrap in 1976, and a single stamp head was kept atop the concrete platforms.  That image is what I grew up seeing every day in my now-quiet town. It sparked awe and wonder in me for what the world must have been like back then. This is the last standing stamp of its kind in the Copper Country, in all of the United States. To my knowledge, there are no recordings of the mill when it was operational.

I don’t know what the future holds for the remains of the mill, but it’s sound and story were essential parts of the identity of my community. For me, there is no symbol more potent than the Ahmeek Stamp Mill to represent my sonic heritage and what I hope to preserve for others. 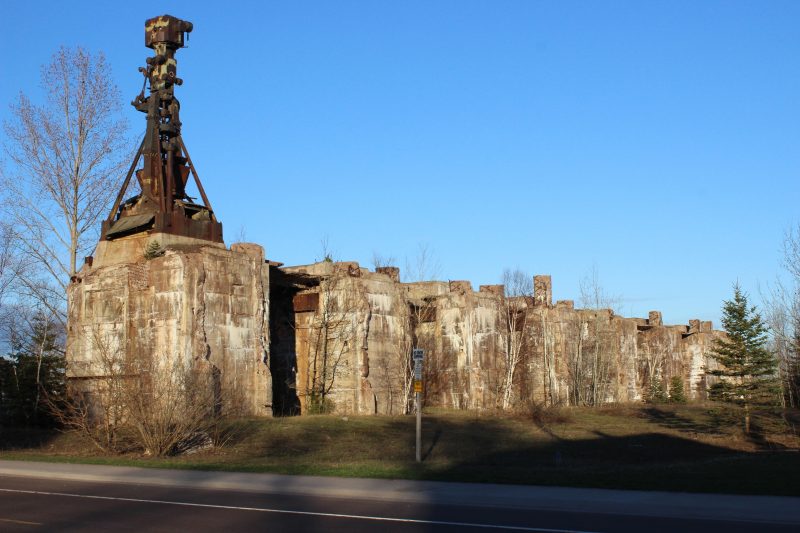 Ruins of the Ahmeek Stamp Mill